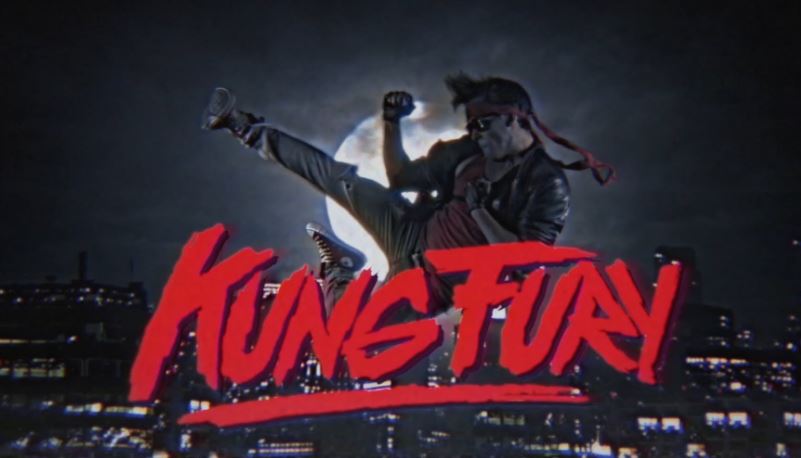 Kung Fury is the toughest martial artist cop in Miami and he decides to go back in time in order to kill the all-time most evil villain – “The Kung Fuhrer Hitler”. It all has started by the police officer (played by David Sandberg in the original movie) Kung Fury getting bitten by a cobra and hit by a lightning in an alley while subduing a criminal. After this incident he gains super Kung-Fu powers.

When Karate-obsessed “Kung Fuhrer” Hitler appears in 80’s Kung Fury must travel back in time to Nazi Germany to stop him!!

And the feature film will be shot in US and Europe this summer with a grand surprise in the cast: Arnold Schwarzenegger!! It’s announced tht he will be playing the US president. Him being the California Governor and  history with many alpha-man roles under his belt he is one of the most suitable candidates for this role in my opinion!!

The feature film will be set in 1985 and it will follow Fury and his elite Thundercops team which is assembled from accross history. The mission of keeping Miami city safe will be undertaken by these Thundercops. The death of a Thundercop will lead to a seperation between the group and a mysterious force of evil will be utilizing te opportunity to aid Hitler in his quest to attain a weapon of ultimate importance.

Kung Fury must travel through space and time to defend Miami Kung Fu Academy, save his friends and defeat Kung Fuhrer!!

I can’t even wait for the release this gem, especially Arnold added into the cast.. We’ll wait and see what is going to come.

If you haven’t watched the original Kung Fury yet, then you can watch it from the video I linked below!! Check it out and have fun 😉

This site uses functional cookies and external scripts to improve your experience.

NOTE: These settings will only apply to the browser and device you are currently using.

Santagotgeek.com is not a merchant of any physical or digital product. In santagotgeek.com you may encounter products and links that direct you to the external websites of those products such as Amazon and etc.. We earn a tiny commission if those products are purchased in order to keep up with the expenses of the website. Santagotgeek.com DOES NOT use or
sell any of your data to third parties for revenue. Any data collected by the affiliate site (Amazon, etc..) is their own responsibility and if the need of consulting arises, they are the ones to be contacted.

This website uses Google Analytics in order to measure user metrics. Santagotgeek.com DOES NOT use your data to earn revenue by selling it to any kind of third parties. Data acquired by Google Analytics is required only to evaluate our user base and improve the site experience accordingly.