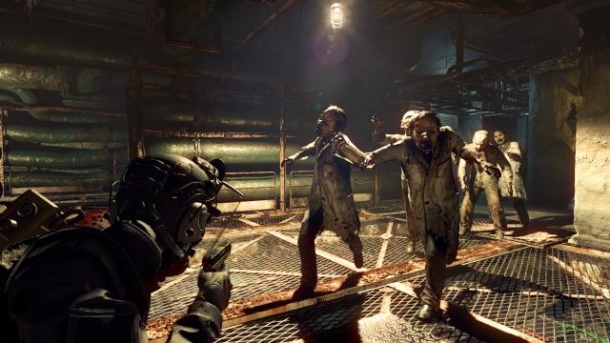 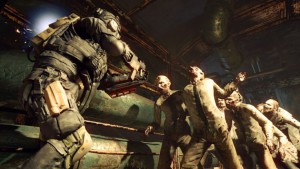 Not all the details of upcoming game are revelaed, but we can judge what are we expecting from it by looking to it’s released gameplay footage. We can understand that it will be a firefight based, FPS and third person view, cover and tactics system included battle game. The game includes a new weapon named “Brainer” and a zombie repeller. Here is the released trailer for a start:

It seems like the only thing that ties this game to its roots of resident evil is the name of resident evil and included zombies. If these elements weren’t in the game, seems like it would be just another shooter. It actually gives you pretty much the influence of Resident Evil: Operation Racoon City with its third person view and fight of mercenaries.

The game will be taking place at the last of Resident Evil Timeline, after the incidents which we came across at Resident Evil 6. In Umbrella Corps the UUmbrella Company is actually dead. And we can just guess for now what the real story is behind the Umbrella Corps. Will it be including some great timeline story like Resident Evil 1-2-3-4-5-6 or will it be just a budget shooter game? I think that it will likely be second. And the game just gives me the influence of Resident Evil: Operation Racoon City.

One of the thing that differs this game from classical resident evil franchise games is the cover and stealth action. It is a competitive shooter where we can get cover, climb from walls and stealth-shoot from blindspots. Also the new thing is the zombie jammer.

Zombies actually don’t attack you in this game, well, for a while. We are at the beginning equipped with zombie jammer devices on our backs which change our scent or aura or whatever makes zombies want to take a bite from us. You can freely float between zombies thanks to this device, but if it gets damaged during conflict, it looses it’s ability to repell zombies and eventually they all near you will attack. This can also be leveraged as a strategy, to damaging other teams’ jammers and leave them to zombies.

There are some new tactics like using zombies as shield against others. For shooter lovers and horror addicts it can be a good to go. Here is the gameplay footage of Resident Evil Umbrella Corps: 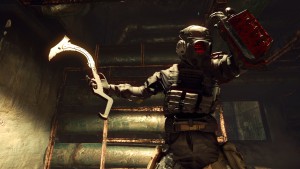 There is also a brand new weapon, one of the most brutal kind. “The Brainer”. It’s a hook shaped survival hookish-knife. It not only provides you the ability to kill your opponents in one shot but using the brainer you can also climb walls in some places and hang yourself.

Resident Evil Umbrella Corps is going to be released at 2016 for PS4. The estimated price is $30. So if you guys are interested in this, keep following. I myself will not get the same taste that i got from the badass classic Resident Evil franchise, i can surely say that. So i’m a little curious, but i may give it a shot. See you next time!

6 thoughts on “Resident Evil Umbrella Corps – the new side game from CAPCOM is coming!”

This may be a good place to introduce yourself and your site or include some credits.